Did you know that Philosophy Majors have among the highest mid-career salaries of any non-STEM major? 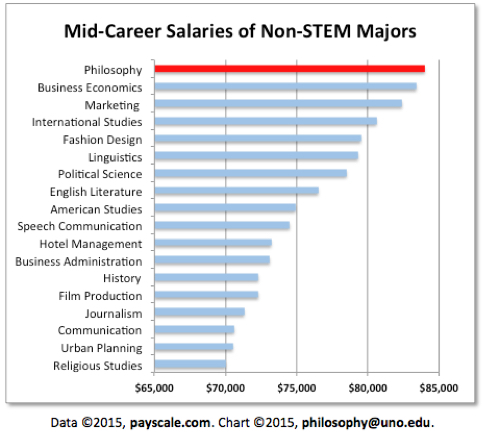