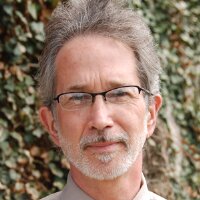 After completing my work on the translation and commentary of Mendelssohn's Morgenstunden and An die Freunde Lessings in Last Works (2012, University of Illinois Press), I turned my attention to a little-known German-Jewish philosopher, Oskar Goldberg (1885-1953). It was Gershom Scholem who inspired me to learn more about Oskar Goldberg. Scholem makes a cryptic reference to Goldberg in his earliest publication about Sabbatianism (1928), an essay on the Sabbatian theologian Abraham Cardoso, a writer who had been the focus of some of my earlier research on conversos, crypto-Judaism, and antinomian messianism. I discovered that Goldberg had been the subject of an intellectual biography by the German scholar Manfred Voigts, but this book only raised more questions in my mind. Goldberg’s magnum opus, The Reality of the Hebrews (1925), had been furiously attacked by Gershom Scholem in a letter he sent to Rosenzweig and Benjamin, among others. He was attacked by Scholem as promulgating a “magical” form of Judaism based upon the Kabbalah. Scholem took Goldberg to be a dangerous manipulator of Jewish tradition, seducing young Jews to dream of resuscitating the ancient Hebrew “metaphysical capacity” for drawing down the efficacious presence of the transcendental God YHWH into this world. Scholem took a dim view of Goldberg’s theories, although he took them very seriously indeed. I recognized in Goldberg a possible subject for a new case study in philosophical politics. The provocative force of Goldberg’s authorship had certainly been acknowledged by everyone who encountered it. Thomas Man drew inspiration for his Joseph novels from The Reality of the Hebrews and the sociologist and Holocaust novelist H. G. Adler was profoundly influenced by Goldberg’s argument that the imagination possessed a productive power that could transform the world. My book on Oskar Goldberg, Transfinite Life: Oskar Goldberg and the Vitalist Imagination, argues that Goldberg’s philosophy is best understood as part of the resurgent vitalism of the early twentieth century. My book begins with an account of the rise of vitalist models of explanation in biology at the turn of the twentieth century in Germany with the work of the embryologist-turned-philosopher Hans Driesch. I then explain Goldberg’s fusion of Driesch’s vitalism with a mathematically-informed interpretation of the Kabbalah. Goldberg found in the latest developments of Georg Cantor’s mathematics of transfinite numbers confirmation of the Kabbalah’s fundamentally mathematical orientation toward the structure of the Godhead. In drawing upon the latest developments in biology and mathematics, Goldberg hoped to fashion an interpretation of the bedrock text of Judaism, the Pentateuch, that would be firmly grounded theoretically and also capable of guiding a renewed application of its principles to transform the contemporary world. It is this “applied Hebrew metaphysics” that Scholem found so dangerous. I find it, however, to be a signal instance of a philosophical politics aimed at countering the lethal combination of biological theory and state power articulated in Adolf Hitler’s Mein Kampf as well as in many other works of the period.

I am working on book to be titled Hegel and the Holocaust. The book will treat four thinkers who have attempted to respond to the Holocaust in the terms of Hegel’s philosophy of history. The first thinker is Leo Strauss who in On Tyranny (1948) engaged with the meaning of Hitler’s dictatorship through a little-studied text of Xenophon, Hiero, or Tyrannicus. The interpretation of Xenophon’s dialogue between a tyrant and a philosopher (a “wise man”) was written while Strauss was engaged in a friendly exchange of letters about political theory with Alexandre Kojève, perhaps the most influential Hegel interpreter of that period. In 1954 a new edition of Strauss’s book was published (in French) which framed the discussion of Xenophon’s dialogue with an interchange between Strauss and Kojève. The stakes of the framing dialogue were no less consequential than those of Xenophon’s: the fate of philosophy during a time of dictatorship. This question was framed in relation to Hegel’s philosophy of history. The Strauss-Kojève debate will situate my treatment of the remaining three figures that the book will cover: Eric Voegelin, Emil Fackenheim, and Gillian Rose. These thinkers all attempt to understand the Holocaust in the light of Hegel’s philosophy of history. In the final analysis, they all embraced a “broken” Hegel, a thinker who foresaw a totalizing “end of history” but who, in their readings at least, hoped to build a bulwark against it in the midst of the struggles of our finite lives to repair an imperfect socio-political order while avoiding all “final solutions.” Our task, they would agree, is to postpone the end of history, not hasten it.

RLST 511: Seminar in the Study of Religion

Folk Literature of the Sephardic Jews

View all publications on Illinois Experts

Rosenstock, Bruce "The mythic imagination as an ‘experiment in philosophy’: Erich Unger’s contribution to the phenomenology of thinking". and Vassilopoulou, Panayiota Whistler, Daniel (ed.). Thought: A Philosophical History. Rewriting the History of Philosophy. Routledge. 2021, 162-176. https://doi.org/10.4324/9780429445026-12-15

Rosenstock, Bruce "To Affirm the World: Realist Ontology and Aesthetics in Franz Rosenzweig’s﻿ Star of Redemption and Stanley Cavell’s﻿ The World Viewed ". and Kalatzis, Antonios Lucca, Enrico (ed.). "Into Life.": Franz Rosenzweig on Knowledge, Aesthetics, and Politics. Chapter 7, Supplements to The Journal of Jewish Thought and Philosophy. Brill. 2021.

View all publications on Illinois Experts